An Introduction to Australian Design

Design provenance in Australia is not drawn from one history, but many. First its indigenous history over millennia, then colonial and now a multicultural mix of emigres from across the world, giving Australia one of the most culturally diverse design landscapes found anywhere. The bush, the hot desert, the lush tropics and the coastal beauty all help shape local design and architecture–while a “can-do” attitude has underpinned the resourcefulness of designers and their ability to run the entire design process form start to finish. It is probably this spirit that defines the Australian design style–furniture and accessories that are inventive, well made and, like the country itself, infused with an international mix of design histories.

The colonial past drew on English traditions with dark timbers, heavy cabinetry and rich textiles. By the late 1880s, when the centenary of settlement was getting closer, a new Australian aesthetic came into focus. Designers inspired by the continent’s unique flora and fauna began looking at new ideas for furniture, accessories and lighting, introducing local colours and motifs that reflected the Australian landscape. This decorative arts history is now being revisited by designers like Trent Jansen and Tom Fereday, who are exploring historical narrative in their contemporary pieces. After World War II, the immigration of cabinetmakers, designers and architects predominantly from Austria, Hungary and Czechoslovakia brought modernism to Australia. Among them, the internationally renowned architect Harry Seidler helped define a local, reductive style of design using concrete glass and steel, and with it a new approach to furnishings. Having worked with Oscar Niemeyer, Walter Gropius and Marcel Breuer, his approach to modernism was coined Sydney Modernism as homes across the country were inspired by the European avant-garde.

By the 1960s and ’70s, émigré designers like Paul Kafka, Steven Kalmar and George Korody had projected their ideas on the next generation of furniture makers, and the principles of pared-back modernism continued to shape and inspire contemporary designers. 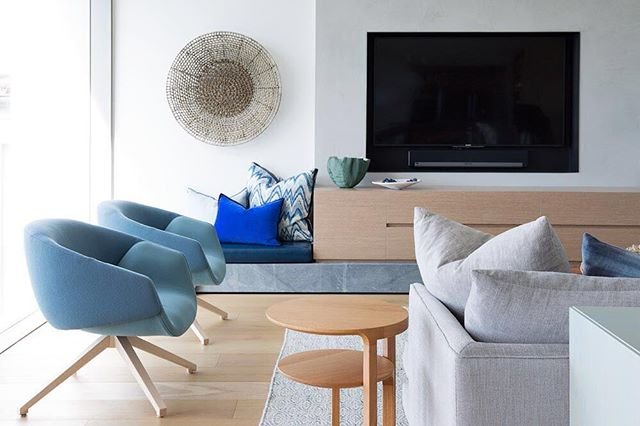 One of Australia’s most recognisable designers today is Marc Newson. He studied jewellery design at art school in Sydney in the 1980s before he began designing furniture. His most famous design, the Lockheed Lounge, was prototyped by hand by Newson in a workshop in an inner-city suburb of Sydney in the late ’80s, and represents the hands-on approach of all Australian designers. (It is worth noting that this attention to detail was recognised internationally in 2015 when a Lockheed Lounge, one of only 15 ever made, set a new record for furniture, reaching more than 2 million pounds at auction.) Unlike Italy, Australia has never had a large industrial furniture manufacturing history. So, isolation has bred inventiveness and a capability to design, prototype and manufacture in nimble ways. During the past 30 years, that entrepreneurial spirit has seen local designers gain popularity and support from manufacturers across Europe and Asia. Marc Newson and Susan Cohn, Adam Goodrum, Charles Wilson, Trent Jansen and Abi Alice, to name just a few, now design for Alessi, Cappellini, Edra, Moooi and Living Divani. Today, Australia boasts the second highest number of designers working with Alessi.

At home, design studios are popping up all over the country, producing Australian designed collections and winning international acclaim. The cross-cultural design collaborations that Australian designers do so well underpins the success of new design brand SP01. Designed locally and made by some of the best factories in Italy, SP01’s indoor and outdoor furniture collections have been drawing attention from the international design press, including Dezeen and Design Milk. It is a brand that is as relevant in a luxury apartment in Singapore as it is in a New York City loft, and symbolic of the worldwide appeal of the Australian design aesthetic.

Founded in Australia, SP01 also designs and manufactures its unique collection of furniture and home decor in Italy. The result is the ideal marriage of Australian design ingenuity with European craftsmanship.

Use #YintheWild to show us your modern space. VIEW GALLERY